The Associated Builders and Contractors is a national U.S. trade association representing the non-union construction industry. ABC Empire State is one of the larger and more politically active chapters, serving members throughout New York State. With their Central Office in East Syracuse, ABC Empire State has branch offices in Buffalo, Rochester, Albany, New York City, and Long Island. Nationally, ABC is recognized as one of the leading organizations representing America’s business community and the merit shop construction industry.

The Challenge: Design Representative of the Empire State

The Solution: Finding a Voice Through Design

The marketing collateral that Mance Creative created for ABC Empire State was designed to reflect their status as a chapter while also aligning with the ABC National brand. The cohesive designs had a strong visual voice that not only succeeded as a marketing tool, but also helped elevate the chapter’s overall sense of itself. The internal staff reported that the design work helped change their culture in addition to giving them marketing tools that they could be proud of. 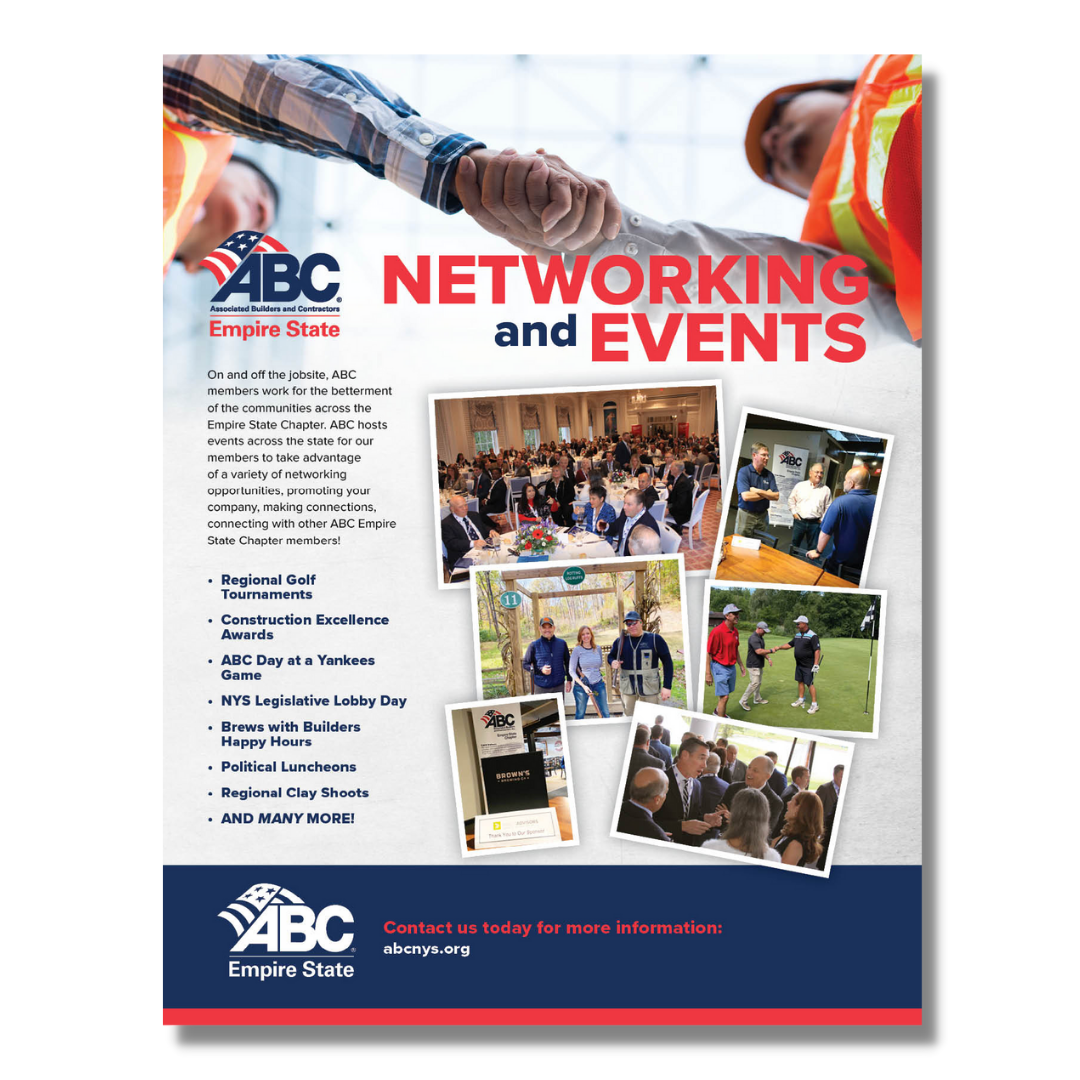 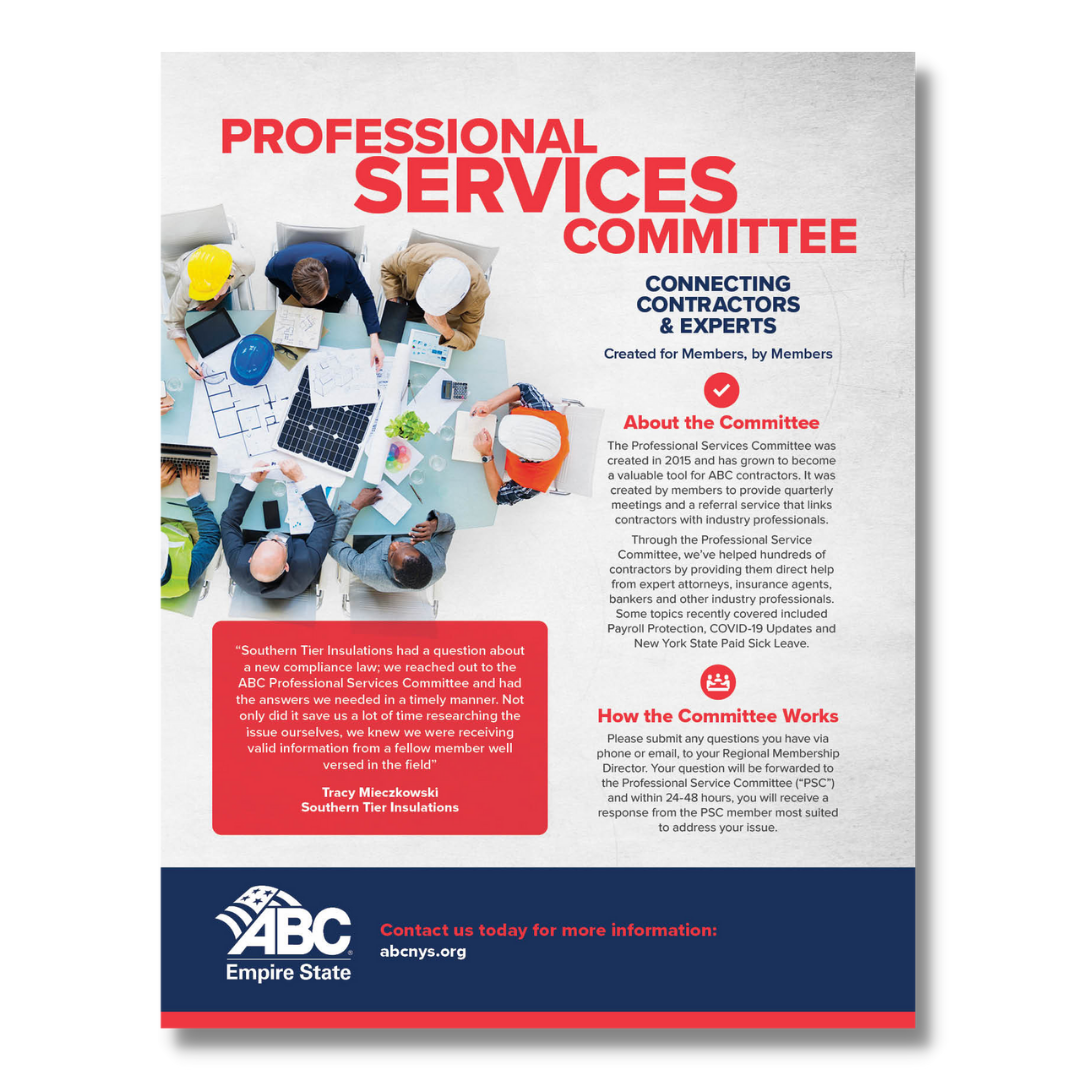 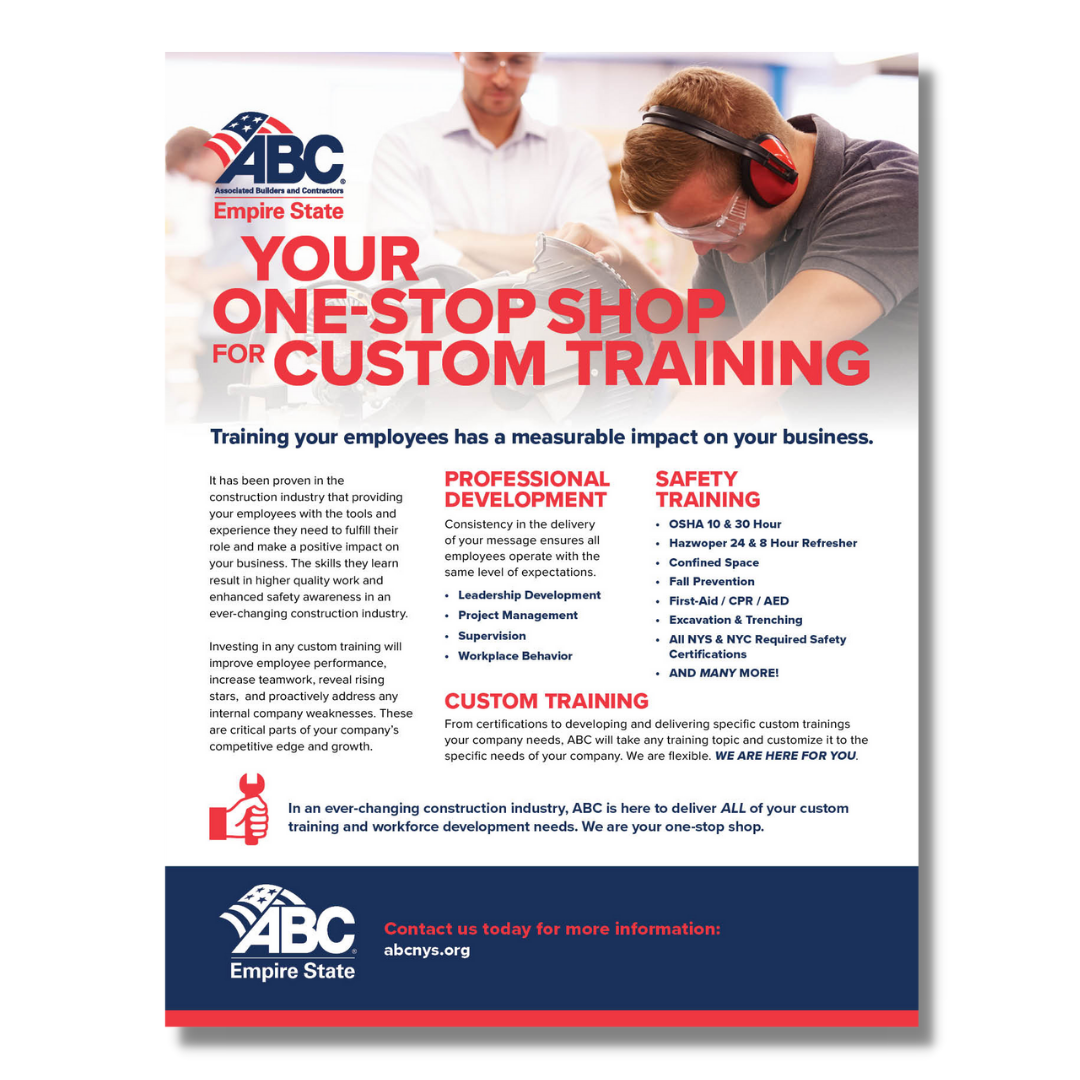