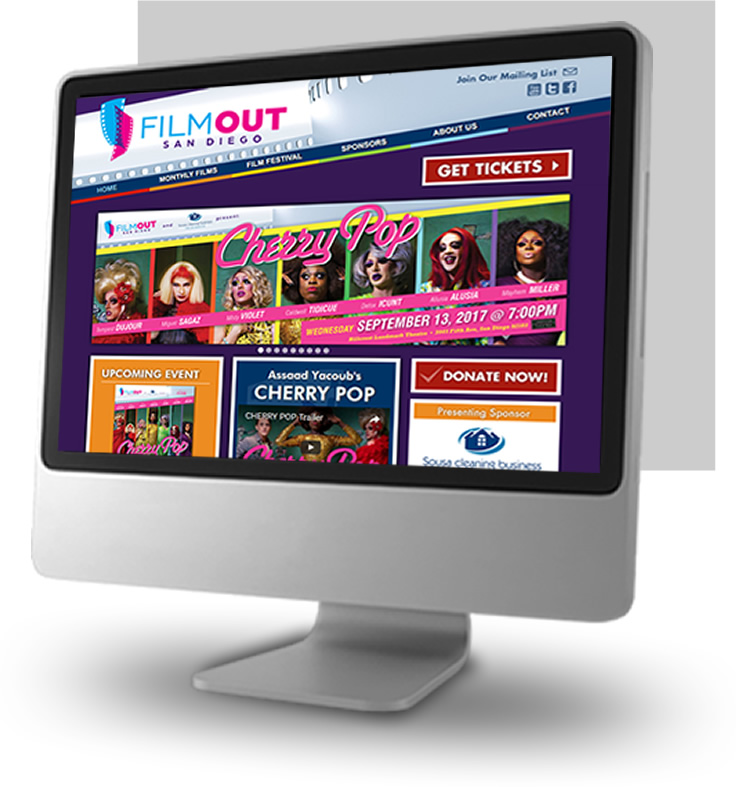 FilmOut San Diego organizes and promotes monthly screenings of LGBT-themed films, and hosts the yearly San Diego LGBT Film Festival. Their mission is to showcase films that recognize, promote, celebrate and support the artistic contributions LGBT filmmakers make to our community. Having started in 1998 as a college thesis project, FilmOut San Diego, now celebrating its 20th anniversary, has grown to become a major organization in the San Diego LGBT community, providing notoriety and recognition to directors and films alike.

The Challenge: Reaching a Wider Audience

In 2009, as they moved into their second decade of existence, FilmOut San Diego’s Board of Directors wanted to attract new donors and appeal to a wider viewing audience. They recognized that their current branding was limited and that, if they wanted to reach their full growth potential, they would need to overhaul their brand completely. 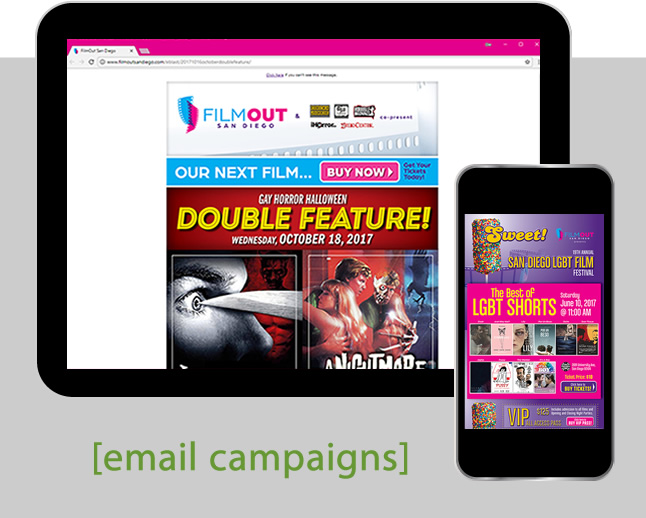 Using strategic marketing strategies to inspire brand loyalty, we designed both a new logo and web site for FilmOut San Diego. They now have the capability to launch email campaigns, create promotional DVD’s, and create movie posters, brochures and tickets containing a consistent, recognizable brand. Since they began working with Mance Creative, FilmOut San Diego’s demographics have grown to a level where 28% of their donor pool earn an income above $1000,000 and nearly 20% reside in other cities and states around the world. 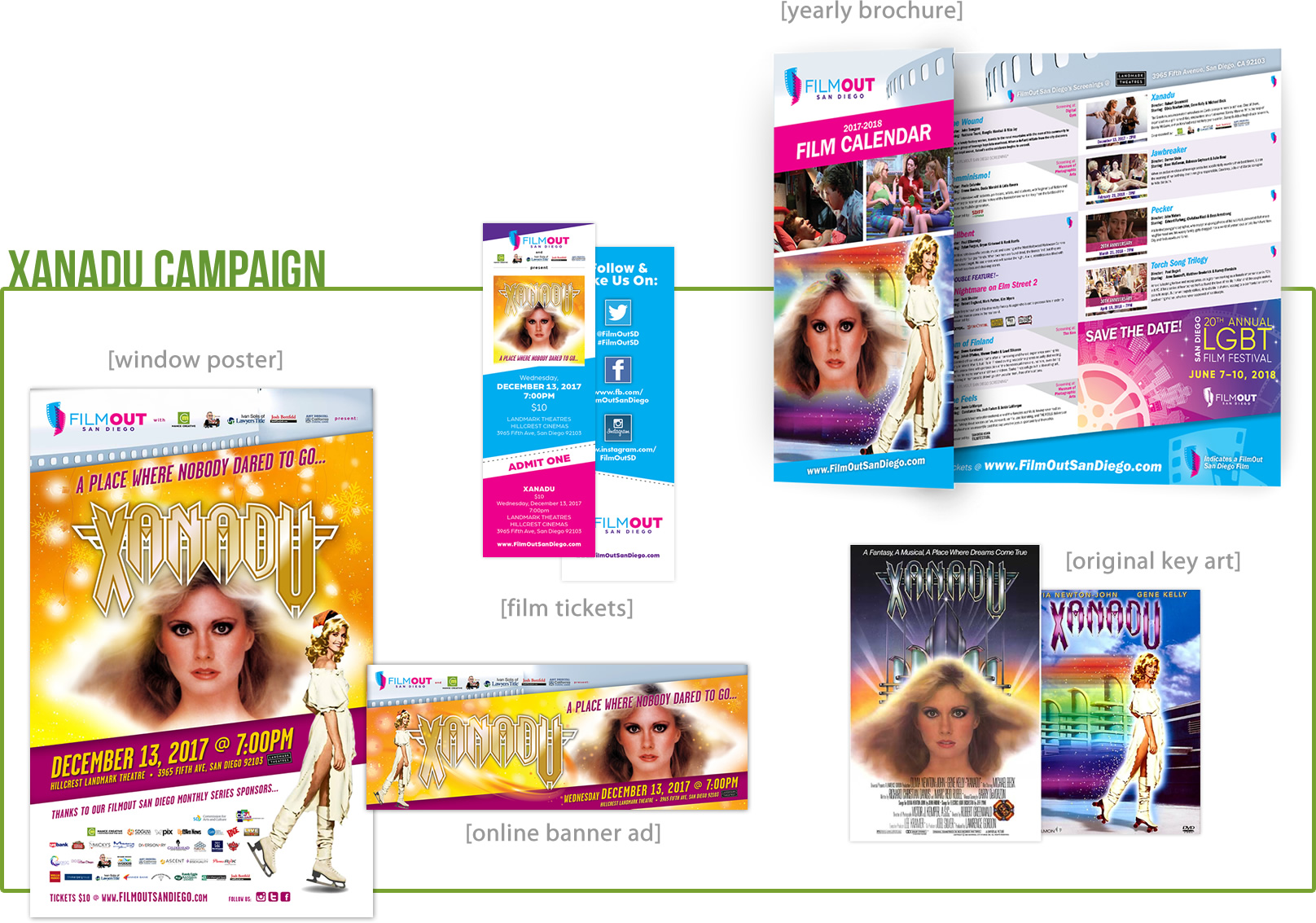 After a frustrating search for a graphic designer we were relieved to find the Mance Creative team because their portfolio showed them to be a clear cut above the rest in their artistic abilities and because the quality of their website (both the look and content) also distanced them from their peers.

Not only did the Mance Creative team assist us with a complete rebranding, they also stepped up our game with a major website overhaul, e-blasts, posters, brochures, tickets, posters, DVD design and much more! Our attendance has grown significantly since we first became their client in 2009.

Working with the Mance Creative team proved that in addition to their creativity, their professionalism is also impressive. They quickly understood what we were looking for and were great about communicating their thinking and progress in a very timely manner. We are very impressed with their work, and most importantly we would recommend them to others.