Broadway San Diego, a theatrical production company, made its debut in 1976 as “San Diego Playgoers” and has grown to become part of the Nederlander Organization, one of the country’s largest and most experienced operators of live theater. Now celebrating 40+ years, Broadway San Diego has presented over 400 shows and events.

When Mance Creative began working with Broadway San Diego in 2012, its marketing materials and website were lackluster and outdated and, despite being one of San Diego’s top 150 businesses in the county, its branding was unrecognizable. Mance Creative came on board and was tasked with updating its brand in a way that both honored its legacy and captivated San Diego’s growing theater-going community

The Solution: Tangible Results and a Successful Power Relationship

Starting with its company logo, Mance Creative created an entirely new brand for Broadway San Diego and completely updated all of their marketing materials, signage and online visuals. Almost immediately that same year, season ticket sales soared to record levels. Broadway San Diego was so pleased with the results of its rebranding success that it had Mance Creative redesign its website the following year.

Attention to detail was critical to ensure that every image wowed the customers who were used to being wowed by award-winning theater. Additionally, a mobile website was created to capture a growing audience of tech-savvy customers who prefer to have information at their fingertips. With this combination of rebranding and increased accessibility across multiple platforms, Broadway San Diego continues to break sales records year after year and Mance Creative continues to be its lead graphic design firm. 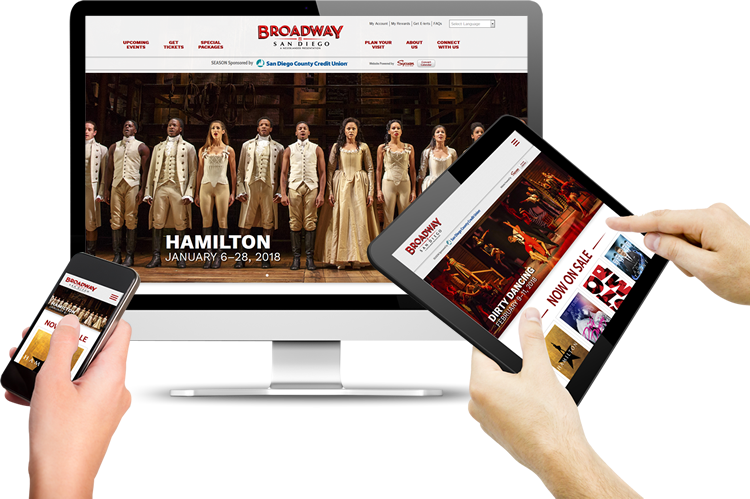 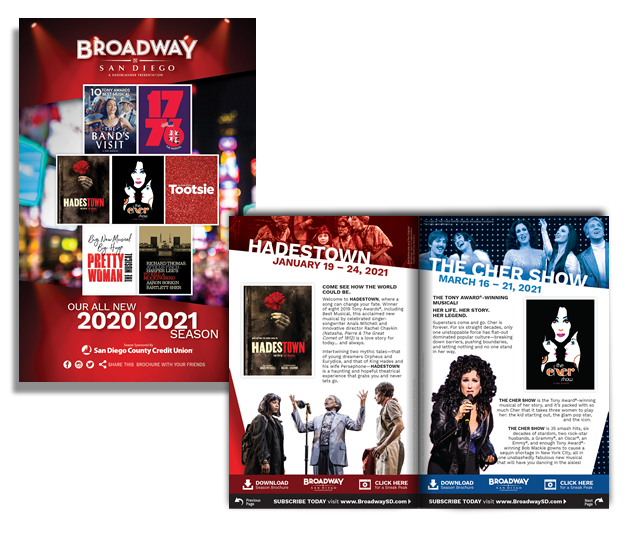 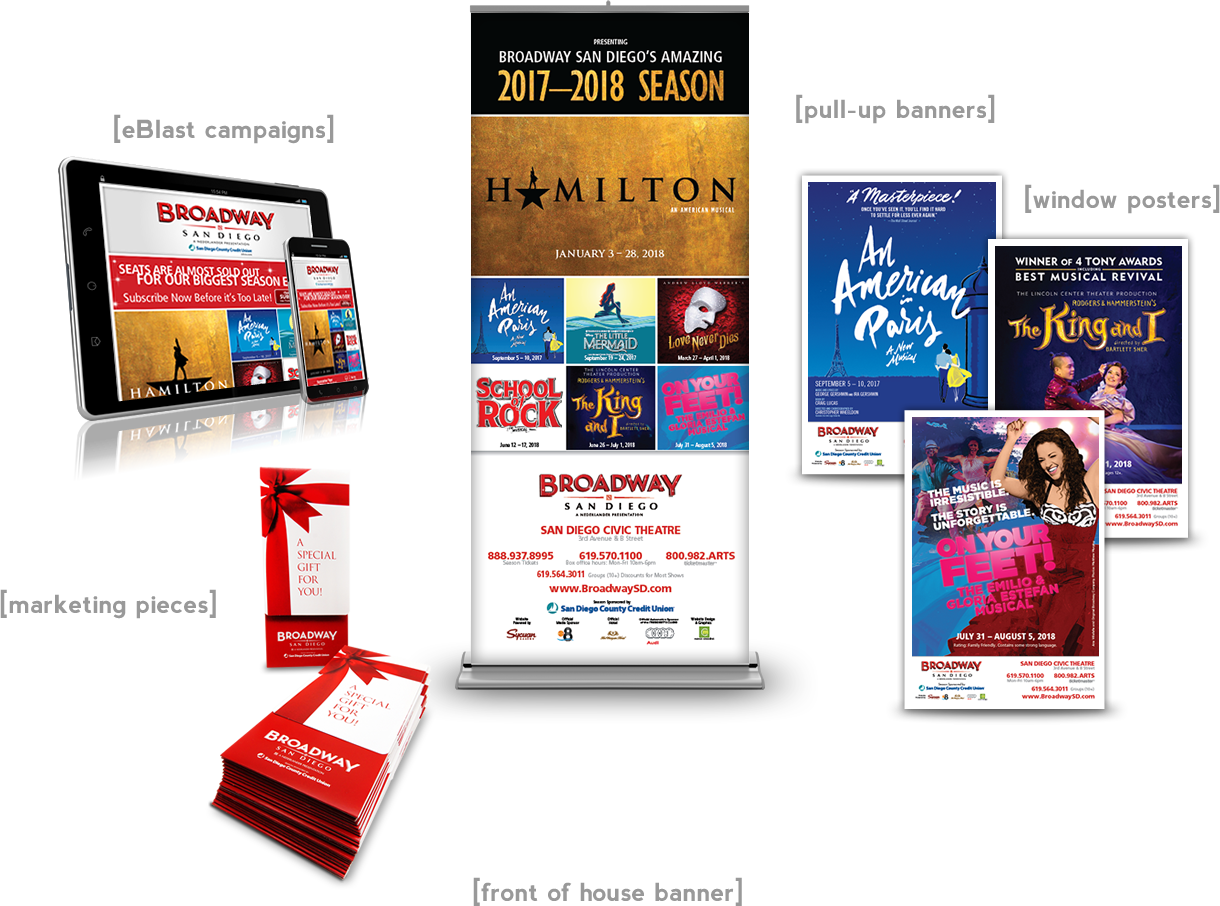 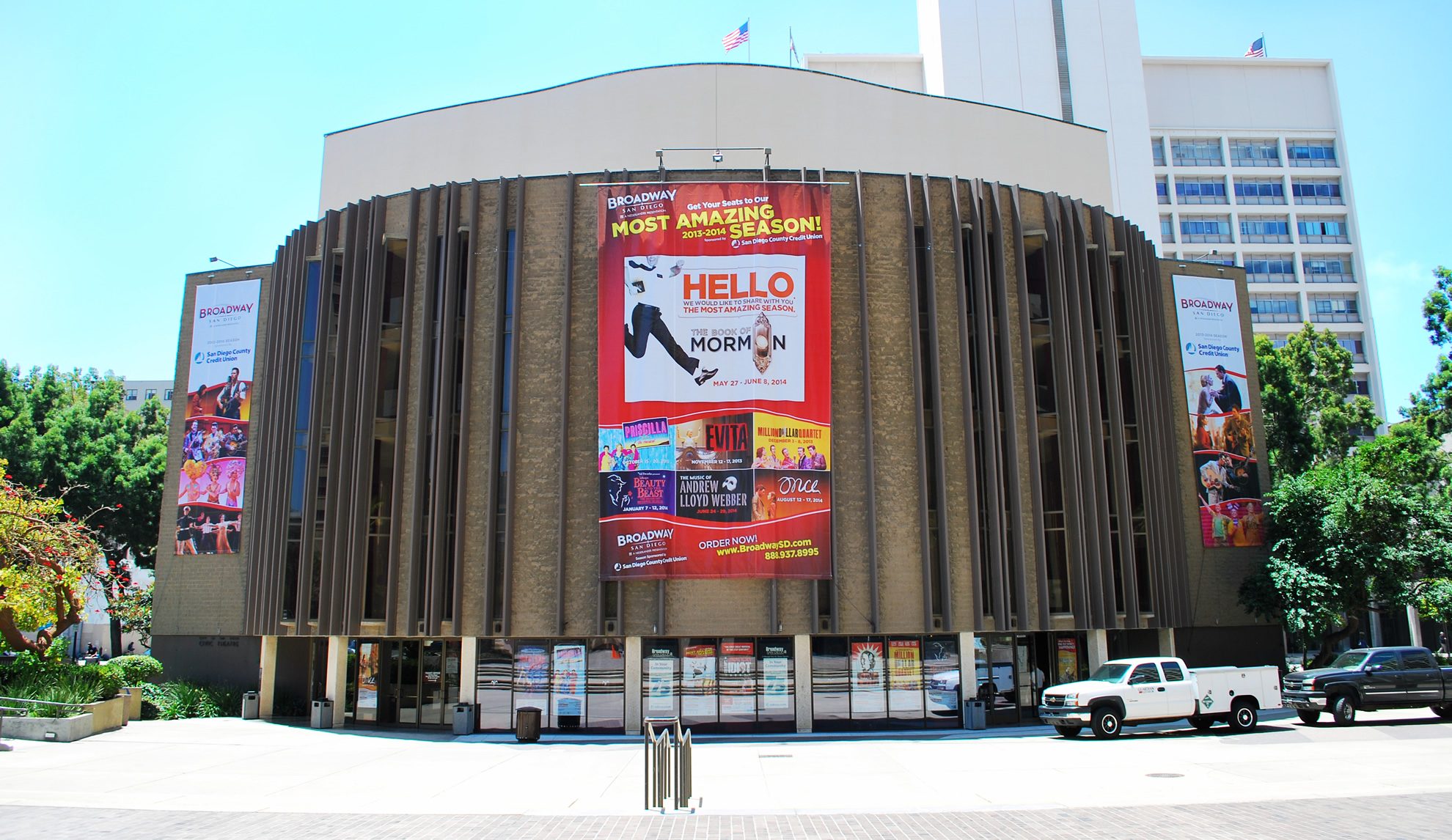